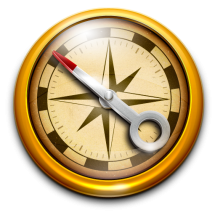 Thank you for taking the time to learn about Islam straight from the source. We practice and promote a balanced view of Islam –the “middle way” that the Qur’an calls Muslims to follow: a path of moderation that is free of any extremism. For this reason, we ask you to listen with an open heart and an open mind. Our hope is that these presentations will help you understand what Islam is really all about.

What is Islam all about?

Islam is not a new religion. Rather, it is the same truth that God revealed through all His prophets to every people. For over a fifth of the world’s population, Islam is both a religion and a complete way of life. Muslims are taught to be truthful, to be just, to help the needy, to honor their parents, and to maintain good relations with neighbors and relatives.

This is how Islam sees itself in relation to all other religions. The Message revealed to Muhammad is considered God’s religion for humanity in its final form. Muslims view Muhammad as the final successor to Jesus, Moses, Abraham, and all the previous prophets. Muslims view the Qur’an as the final Testament from God to humanity. Just as God sent revelation to Moses and Jesus (peace be upon them), Muslims believe God sent revelation to Muhammad (peace be upon him) to confirm, correct, and complete all previous Scriptures.

Be the first to add a review.

Please, login to leave a review
Add to Wishlist
Enroll course
Enrolled: 3 students
Lectures: 5
Level: Beginner
Scroll to top
Where to Send it?
Enter your email address to get your free book delivered to your inbox! The Islam 101 Videos --5 modules in all-- will be delivered over the course of two weeks. The first video will arrive in a few days.
We value your privacy and would never spam you. You will receive updates about new releases and offers and can unsubscribe at any time.

Are you sure? The booklet is FREE.
×
×
Where to Send it?
Enter your email address to get your free book delivered to your inbox!The "Giving Effective Da'wah" video will be delivered in a few days.
We value your privacy and would never spam you. You will receive updates about new releases and offers and can unsubscribe at any time.